As we expected, we saw a marked decrease in temperature as the 2018-2018 field season progressed from early fall to winter. There were two spikes in temperature in mid-October but we do think these were attributable to a broken thermometer and not the actual temperature in the creeks. Turbidity data varied throughout the season and could be due to multiple storm events throughout the fall.

As in the past, pH values were fairly consistent at all sites across the field season and stayed within the healthy range. Phosphate data ranged from good to fair during out sample dates. Nitrate data (not pictured) also stayed in the good range throughout the season. 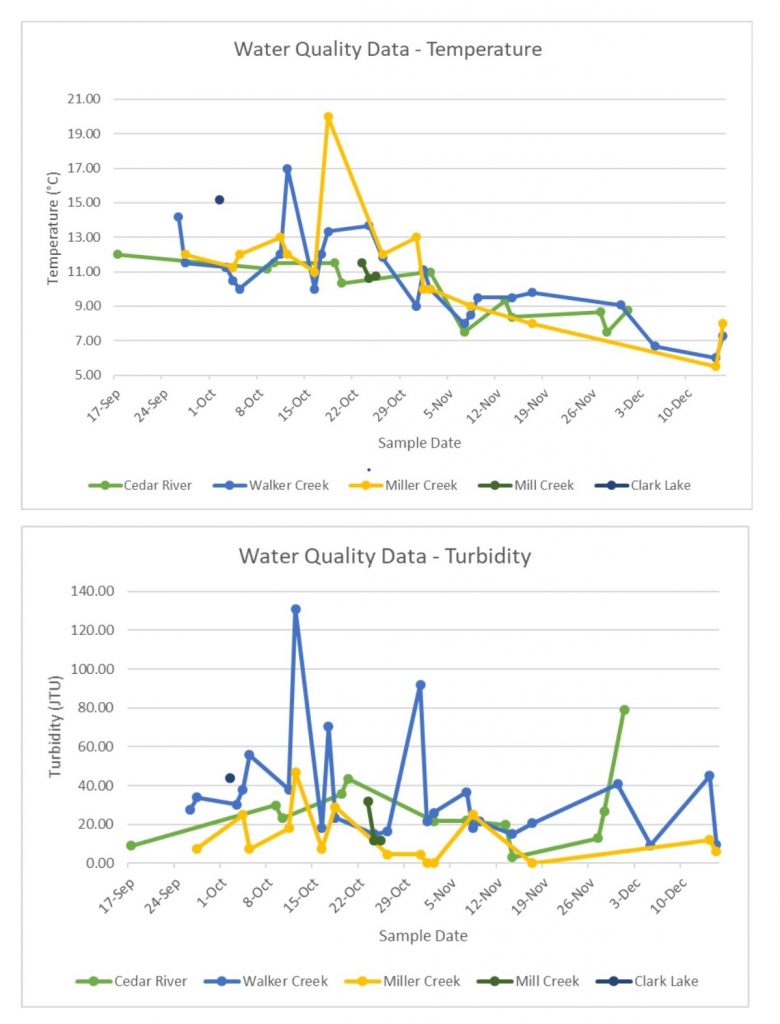 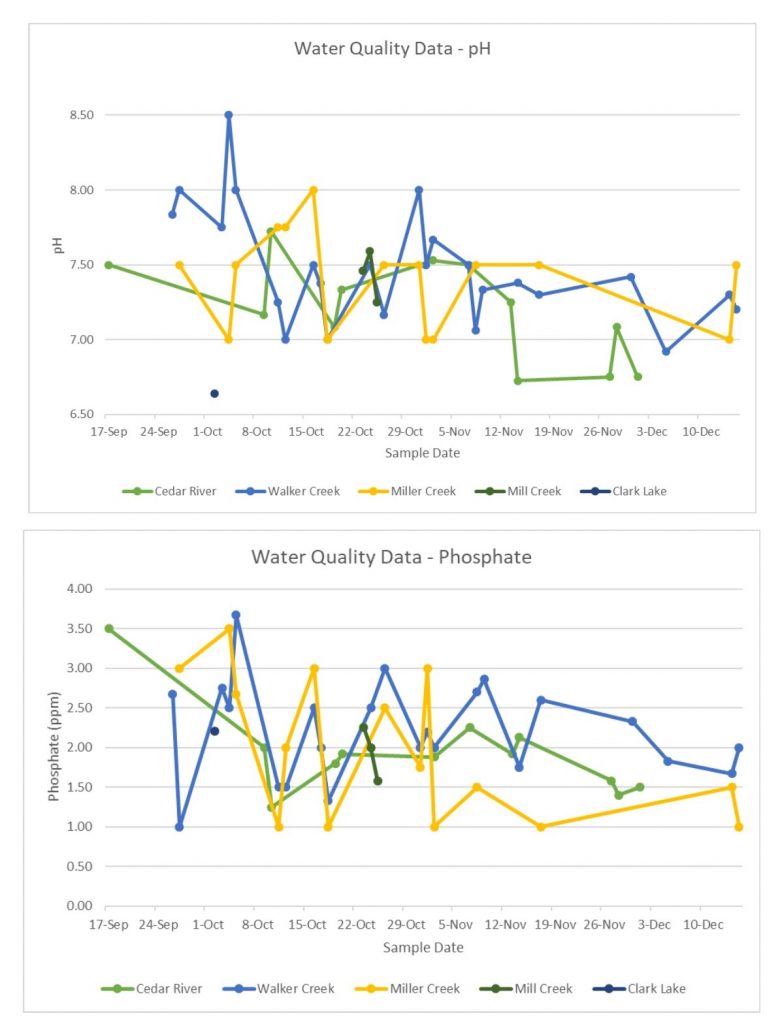 During the 2016-2017 season, we saw an expected decrease in temperature from our first field study in September through our last in January. One trend we did notice was that although Miller and Walker Creeks were right next to each other, Miller Creek tended to be slightly warmer. Turbidity data was highly variable but was notably higher in October. October of 2016 was extremely rainy and the frequent storms led to high swings in turbidity.

Phosphate levels ranged from good to fair. This often led to discussions on ways to reduce stormwater pollution, such as using commercial car washes and picking up pet waste. 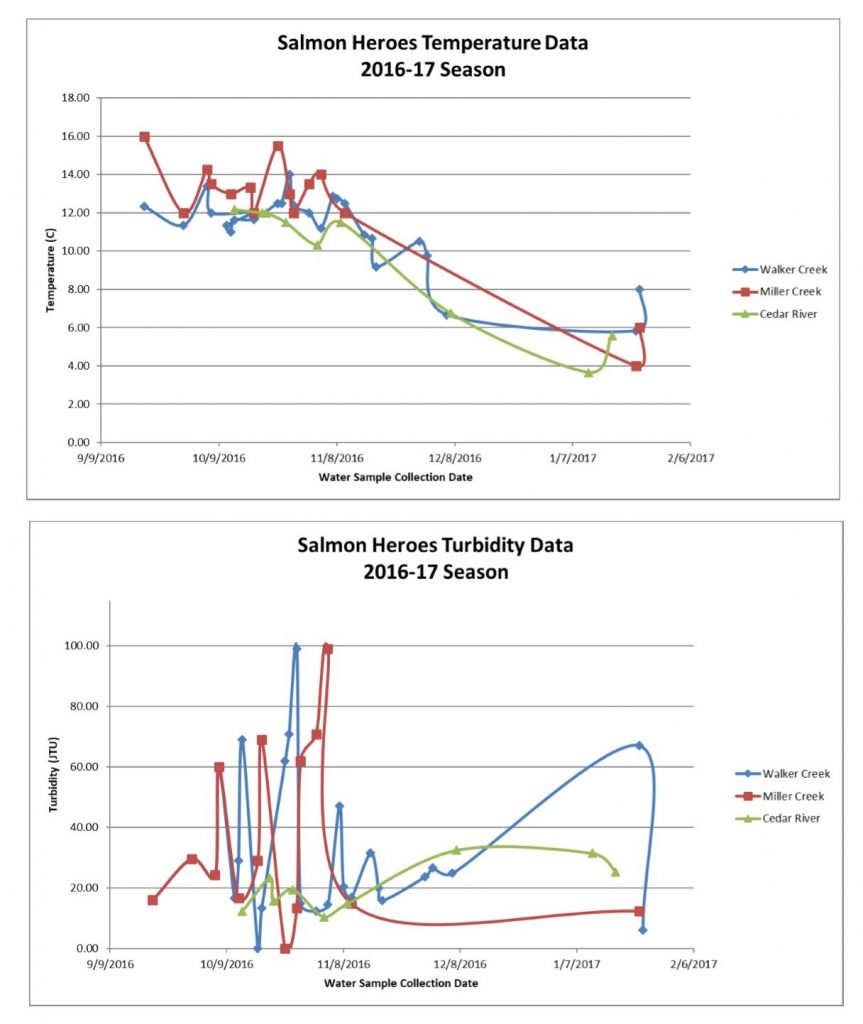 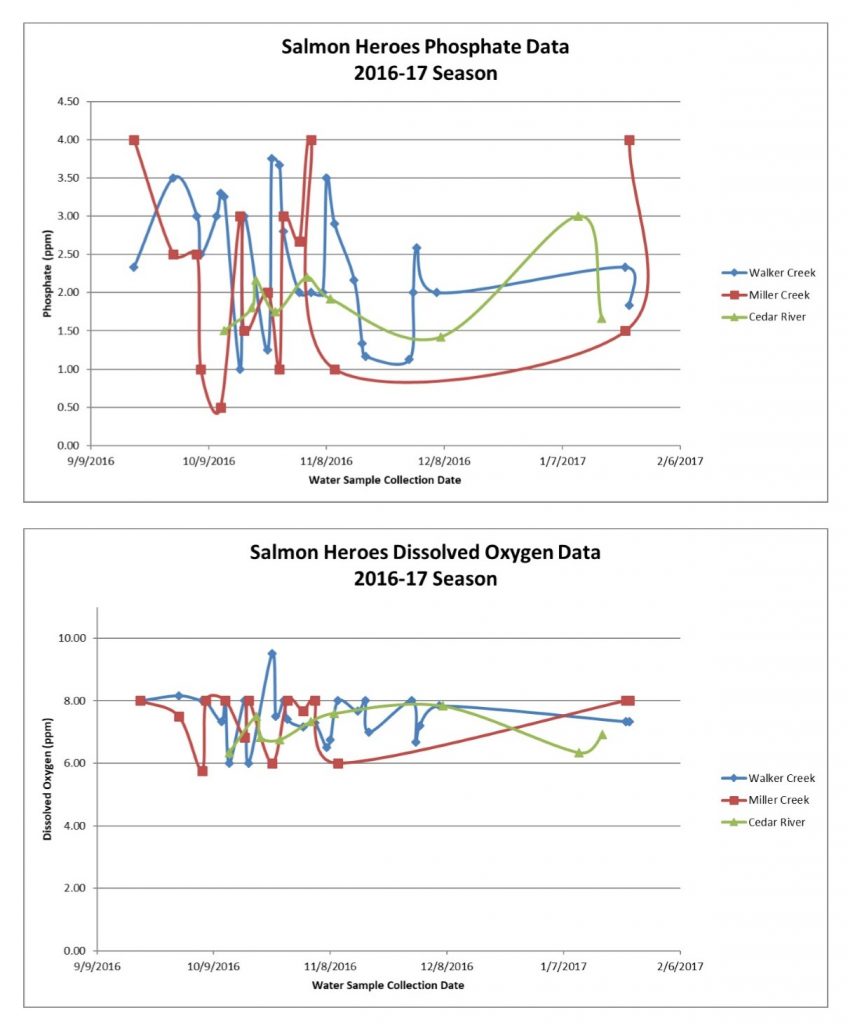 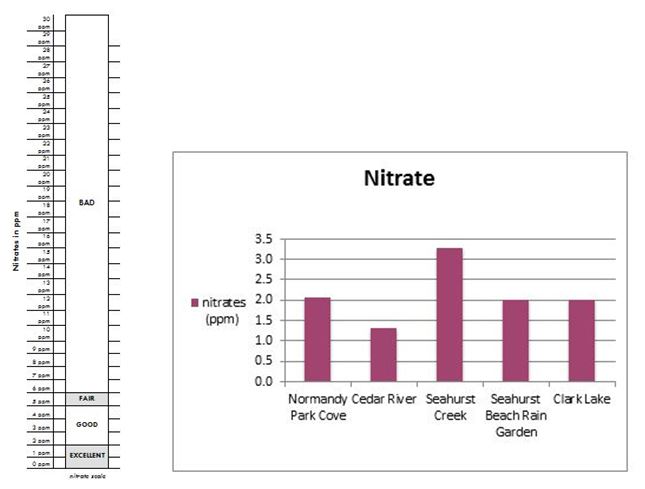 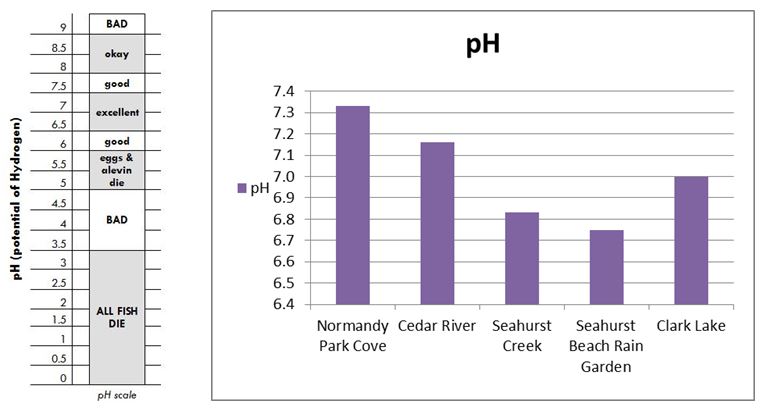 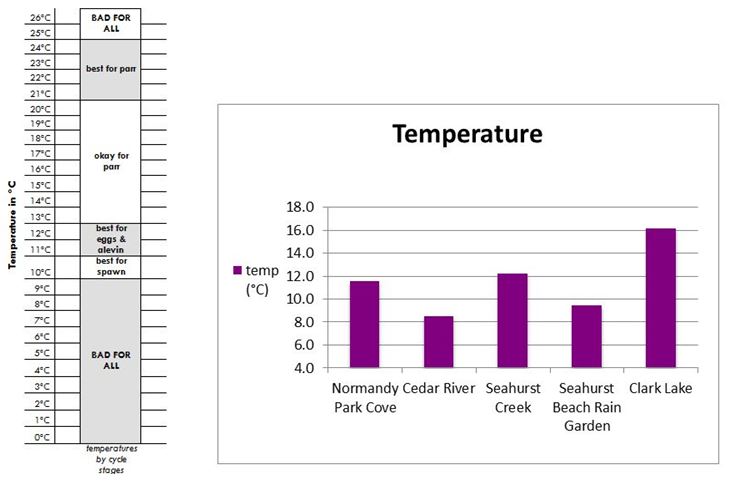 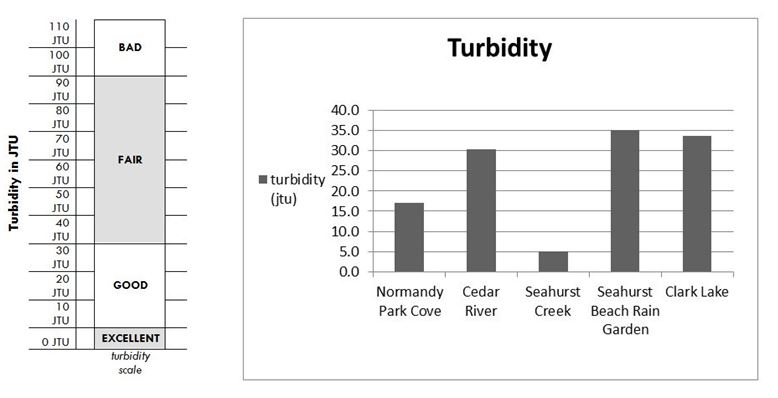